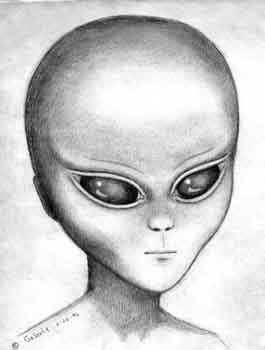 An artist's depiction of a Sassani.[1] 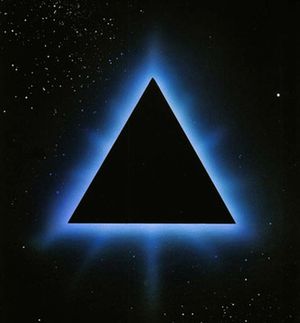 The Sassani, also known as the Shakani, are a humanoid alien race who live on the planet Essassani approximately 500 lightyears from Earth near the Orion constellation 300-700 years in the future of a separate timeline. Most information about the Sassani come from the channeling of Bashar, with supplemental information from Elan and Kayel. They are a genetic hybrid of greys and humans.[3][4] The Sassani are moving from the 4th density to the 5th density, and with the change will rename themselves and their planet the Shakani and Eshakani, respectively.[5]

Sassani are humanoid with light greyish skin and enlarged, upturned eyes. Their irises are typically grey, but their pupils are enlarged, giving the appearance of almost totally black eyes. They average 5 feet (1.5 m) tall and have a lifespan of around 300 years. Females have white hair while males have no hair.[3][4][5]

Some aspects of the Sassani language have been detailed in Bashar channelings. It is thousands of years old (the Shakani experience more time relative to Earth), and referred to as an "ancient" language, and is a hybridization of many of the languages of Earth though at some point, it was abandoned for pure telepathic/telempathic communication.[2]

The numbers 1-13 are pronounced as follows (in IPA):

No written versions or methods to extend these numbers beyond 13 have been provided.

Shi va - shi vi (ʃe vä ʃe vaI) - "I am completely in my passion, stand aside for I'm coming through"