The Left and Right Hemisphere Conspiracy is an ancient and modern conspiracy where everyday people are constantly bombarded with sex magic symbolism, to make them docile, horny and controllable, but also for economical gains in the music, movie and press industries. It imposes a dualistic splitting of the left and right brain hemisphere by not letting individuals use both hemispheres through constant media manipulation, or in the past as scriptures. The most common Sex magick involves the stick and the circle but also the colors of red and blue as seen in The Matrix, wherein Red symbolizes the male and sun while Blue symbolizes the female and the moon. Some parts of this theory collides with agendas of the NWO, so many conspiracy theorists wonder where it fits, in modern society.

It is unknown who first started talking about this phenomena because there's occult books from the beginning of 1900 that discuss the different symbolism of this theory. Today, it can be found on YouTube from certain truth warriors like Truthiracy who makes videos every week. The conspiracy is described to be well established through ancient times up until today and modern architecture will further prove the theory. The theory goes deeper however, when we take a look at modern day objects in society, usually named or seen as female like: boats, cars, computers. The main concern being the worship of the penis or the intercourse between it and a vagina and all of its symbols.

Determine if you are Left or Right Brained

This YouTube video will show an optical illusion that will help determine if you are left or right brained. Is the plate spinning clockwise or counter-clockwise?

If you see it spinning clockwise, you are right brain dominant and if you see it spinning counter-clockwise, you are left brain dominant. If you can choose which direction you want it to spin for each half lap, you are one of few that is balanced. By being balanced, you will experience both the order and the chaos in life while most people can only experience or see one of them. 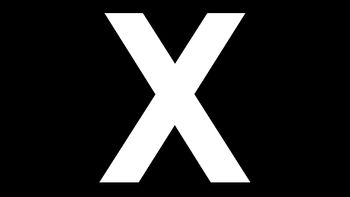 By using the test described above, determine first if you are left or right brain dominant. If you are both then you do not need to read this section further.

Open up the picture attached to the right and look at it. Repeat the mantra below, in your head or verbally while actively forcing both your brains to be "activated".

"Left and Right, my brain is now active. With both I can see, for they are connected like X."

If you've never used one of your brain hemispheres before, you will feel a slight pressure around that hemisphere. This is a sign that you are starting to use your brain and will usually be followed by a slight headache.

After you feel comfortable and believe that you are activated, go back to the YouTube video and change the direction of the spinning with intention alone. Manipulators will have a harder time getting through your defense and you will start see life differently. You will also be able to start activating the third pillar of Free Masonry as using only one brain hemisphere will not help progress spiritually.