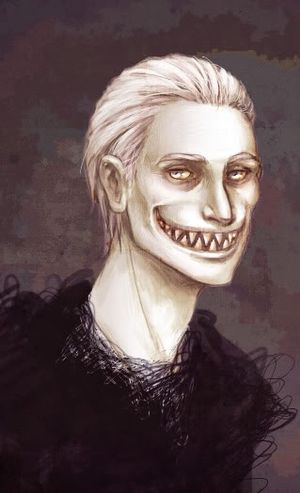 Artist's rendition of King Beau of The Quiet Place

Vox and King Beau, as it is commonly referred to, is a series of threads composing the tale of an /x/-phile whose macabre childhood imaginary friend has begun to reappear. Presented as non-fiction, Vox's threads are a plea for help to the /x/ community despite her self-professed skepticism of the supernatural, and span the course of several days including a post-situational update some months later.

The subject of the threads involves the strange and enigmatic behavior of an apparition named King Beau to Vox in the present day as Vox attempts to discern the underlying cause or purpose of the phenomena. However, the majority of the threads consists of the stories King Beau would tell to Vox, and his often-sinister interactions, occasionally recounting said tales as imperative background.

The saga occurred in early 2010. Many of its threads were submitted to the 4chanarchive and a then-complete archive was hosted on Megaupload, both of which are no longer available. Fortunately, a copy of the archive was located, updated, and uploaded to Mediafire.[1] Vox and King Beau is also available on the Creepypasta Wiki in text format.[2]