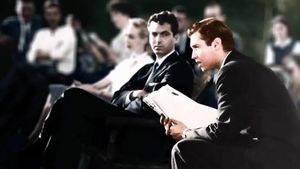 "Val" Valiant Thor is a delegate of the "High Council" who had VIP status at the Pentagon from 1957 to 1960 to discuss concerns of the Cold War, leading up to the Cuban Missile Crisis. The book Stranger at the Pentagon by Frank Stranges, in support of Harley Andrew Byrd, gives a UFO account of Thor being a Venusian.

In mid March of 1957 in Alexandria, Virginia, a policeman witnessed a UFO landing in a field. A tall white man emerged from the craft and approached the officer, calmly identifying himself as Valiant Thor, sent by "The High Council". He requested that he might speak with President Eisenhower.[1] 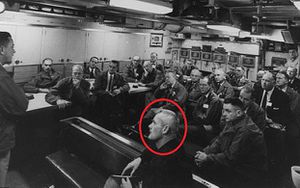 Valiant Thor and Oscar Schneider sitting behind him at the Pentagon, c. 1958

The policeman took Thor to the Pentagon where he eventually spoke with Eisenhower, the Secretary of Defense, and other joint chiefs. According to Frank Stranges, Thor was given a three year VIP status at the Pentagon, where he conducted numerous meetings with persons of high influence in the United States government. His objective was to voice concerns of the "High Council" over the way humanity was evolving – in particular its apparent lust for nuclear weaponry.[1] 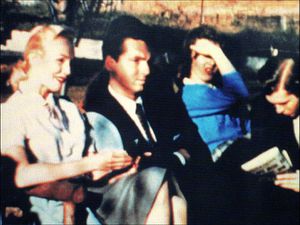 Valiant Thor, Don, and Jill (all Venutian). Photographed at Menger’s Spacecraft Convention in Highbridge, New Jersey in the 1950s.

According to Frank E. Stranges, Eisenhower asks Thor where he is from, to which Thor gives a rather cryptic response: "the morning and the evening star". Below is the is the alleged exchange in dialogue, given by Stranges:[2][3]

Eisenhower: "Please, sir, what is your name? And where do you come from?"
Thor: "I come from the planet your Bible calls the morning and the evening star."

According to Thor, Venusians live inside Venus. 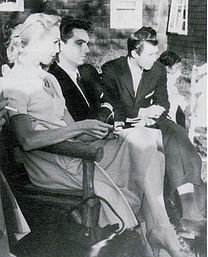 Externally Val appears human, albeit with six fingers and six toes. Internally, his heart is larger and he only has one, much larger lung. His blood vessels are larger and carry hemocyanin-based blood. His brain capacity is 300 cm3 and claimed to have an IQ of 1200, although at anything over 200 loses definite meaning.