A ritual is a set of actions done for a symbolic purpose. Rituals are most well-known in religious practices. Rituals are characterized by formalism, traditionalism, invariance, rule-governance, sacral symbolism and performance

They include not only the various worship rites and sacraments of organized religions and cults, but also the rites of passage of some societies, atonement and purification rites, oaths of allegiance, dedication ceremonies, coronations and presidential inaugurations, marriages and funerals, school "rush" traditions and graduations, club meetings, sports events, Halloween parties, veterans parades, Christmas shopping and many more. Many activities that are ostensibly performed for concrete purposes, such as jury trials, execution of criminals, and scientific symposia, are loaded with purely symbolic actions prescribed by regulations or tradition, and are thus partly ritualistic in nature. Even common actions like hand-shaking and saying hello may be termed rituals. 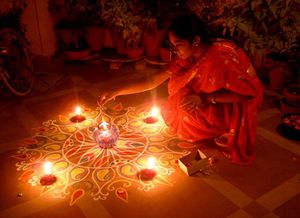 A ritual is a symbolic action, usually highly formalized and somewhat solemn. Rituals are possibly as old as mankind and are used by different people for various reasons. Rituals are very common in religious matters, but there are also lots of mundane ones. Even animals can develop behaviours that may be regarded as primitive rituals. Among folks that are into magick, there are various theories and oppinions about how and why rituals work, but all brands of magick make use of them to some extent.

Thinking is therefore a ritual based on previous experience and ritual is an experience based on the feeling that the impossible is fun.

Creation and preparation of the sigil