This photo is commonly known as the oldest photograph of a UFO on record. In 1870 there were no planes and no digital manipulation.

The photo was taken of the summit of Mt. Washington in New Hampshire during Winter 1870–1871.

The photo was taken as a stereoview.

The UFO appears as a cigar shaped object on top of a cloud formation. 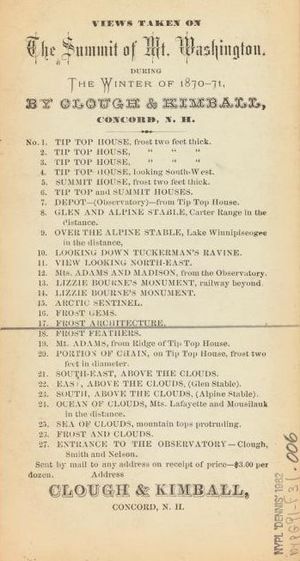 The photograph is said to depict frost formations on the mountain and not a cloud formation as was originally thought. [2]. This photograph was one of 27 in the series and it's name is 'Frost architecture'. Looking through the rest of the series it's plain to see that the photographer was more interested in capturing the interesting frost on the summit of the mountain and the UFO object could simply be a building or other object seen from afar. It's difficult to get perspective on the size of the object we're seeing since there is no point of reference. 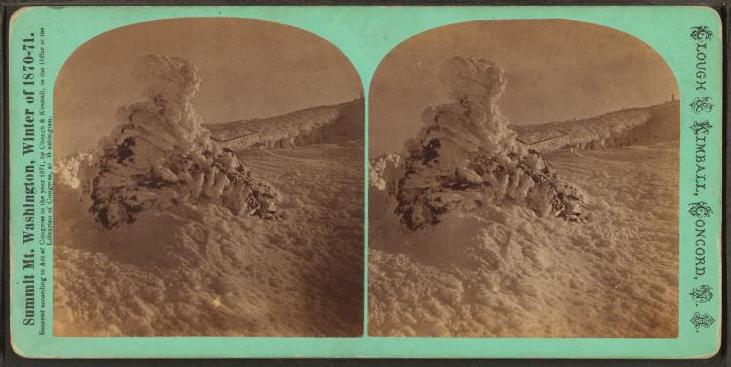