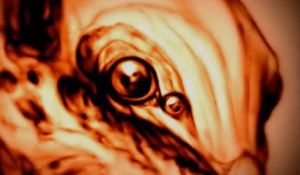 Kurs (aka "Gods of Lands") are an alleged alien races believed to be directly related to the Anunnaki. They come from the planet Dillimuns. The story of Enlil and Ninlil relates to them, and they were directly involved in the development of the human race. After centuries away from Earth, they have recently returned and won't be leaving again. Their leader is among the recent visitors, and they'll have an important role in oncoming years. They spend their time immersed in a gold precious liquid which presumably extends their life span.