The original thread, screencapped by Anonymous.

Back in 2008, an Anonymous poster let /x/ know about an art project they made (a life sized dummy named Carol). The poster would go on to say that his/her art teacher would notice it moving, and that his/her mother kept getting strange vibes from it. He/she asked the thread for advice on whether or not he/she should destroy something that took so much effort to make. Eventually the OP decided to destroy it and took it down to the park, cut it into pieces, and threw them into different dumpsters around town. Pictures were posted despite initial disbelief, and the thread would then comment on how disturbing the sculpture actually looked. Not much else happened (unless other threads were made or the original had something else, which I have no evidence of), but the posters on /x/ felt it was worthy enough for the archive. Unfortunately, the archived thread is unavailable because of Chanarchive's demise, though someone managed to take screenshots of the thread, which can be viewed to the right.

If anybody has the other images of Carol saved, please add them here. 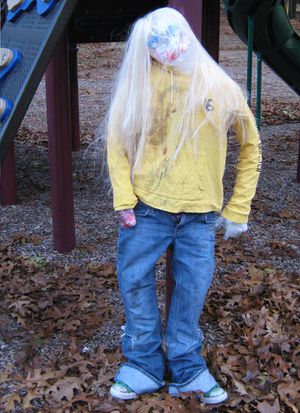